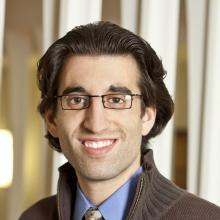 Jordan R. Reimer graduated from Princeton University in 2008, where he majored in Politics with a certificate in Near Eastern Studies and studies abroad in Egypt and Yemen. His thesis and independent research centered around the Muslim Brotherhood, China’s Middle East foreign policy, and Israeli constitutionalism. A recipient of the Scholars in the Nation's Service Initiative fellowship, Reimer worked at the State Department, Department of Defense, and Joint Staff on issues related to Middle East policy, strategic planning, the Quadrennial Defense Review, and media relations.

In 2012, Reimer received a Master in Public Affairs from the Woodrow Wilson School at Princeton, with a concentration in international relations and a capstone project on port security in the Gulf of Aden. Following graduation, he consulted for the Synergos Institute, an international development NGO, and its Arab World Social Innovators program. From 2013 to 2017 he was an intelligence analyst at the New York City Police Department, where he focused on counter-terrorism investigations related to the Syrian civil war, the foreign fighter threat, and illicit finance networks. He also embedded with the Joint Terrorism Task Force-New York and the Los Angeles Police Department as an analytical liaison.

In July 2017, Jordan began work as a policy analyst for the RAND Corporation, where he specializes in national security and counter-terrorism. In his spare time, Jordan is a lecturer and course instructor on conflict and insurgency in the post-Arab Spring Middle East, radicalization, and political Islam, most recently at New York University. A native New Yorker, Jordan is a recent Los Angeles transplant and is excited to experience life on the West Coast.