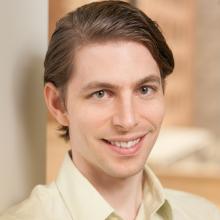 Jesse Ward is a Major Gift Officer at the Mozilla Foundation working on individual giving, sponsorships and donor relations. Before joining Mozilla, he was the Senior Sustaining Member Officer at the Pacific Council on International Policy. Prior the Pacific Council, Jesse was a Policy and Communications Associate at the Alon Ben-Meir Institute in New York City and a Research Associate at the Scenarios Initiative at NYU’s Center for Global Affairs. Jesse grew up in rural Idaho and received his B.A. in International Affairs from the University of Miami (UM). Outside of his studies, he enjoyed working as a lifeguard on campus, leading UM’s Young and College Democrats organization, and being a member of UM’s award winning Model United Nations team. After graduating from UM, he received a Master of Science in Global Affairs from New York University. His interest in conflict resolution, the environment, and the Middle East led him to write his graduate thesis on the role of water in the conflict between Israel and Palestine. Jesse’s love for all things international has taken him to live abroad in Copenhagen, Denmark and visit over two dozen countries throughout Europe, Latin America, and Asia.