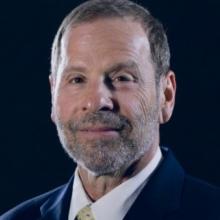 Dr. Ira Kasoff is a recognized expert on Asia.  He has lived and worked extensively in the region – ten years in mainland China, eight years in Japan, eight in Hong Kong, and two in Taiwan.  From 2010-13 he was Senior Counselor at APCO Worldwide, a global public affairs consultancy, and serves currently on APCO's International Advisory Council.  Before joining APCO, Kasoff served as Deputy Assistant Secretary of Commerce for Asia, where he oversaw Asia trade policy for the Department, engaged in trade negotiations with officials of key counterpart governments, and served as the senior advisor on Asia to two Secretaries of Commerce, Carlos Gutierrez and Gary Locke.

From 1985 to 2007, Kasoff was a diplomat, serving seven assignments in Asia with the U.S. Commercial Service, including senior positions in the US Consulates General in Shanghai and Hong Kong and the US Embassy in Tokyo.  Kasoff has also worked for the Boston Consulting Group (BCG), where he specialized in Asia business strategy.  Earlier in his career Kasoff worked as the Beijing representative for Fuqua World Trade Corporation, where he arranged and oversaw manufacturing of consumer goods in China for the US market; and at the National Committee on US-China Relations, where he managed US-China exchange programs.

Dr. Kasoff received his B.A. from Harvard University in 1973, and his Ph.D. from Princeton University in 1982.  Following the normalization of relations between the US and China in 1979, Kasoff was part of the first group of American scholars sent to China, spending a year doing research at Beijing University.  He is the author of a book on Chinese intellectual history published by the Cambridge University Press, which has recently been translated into Chinese and published by the Shanghai Classics Publishing House.

Ira Kasoff is married to Ms. Ellen Eliasoph, CEO of Village Roadshow Asia, and has one daughter.

Are We On the Verge of the Chinese Century?
On Eve of Mar-A-Lago Summit, Whither U.S.-China Relations?