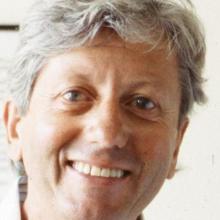 Charles J. Cicchetti is a member of Pacific Economics Group and a former Professor of Economics at the University of Southern California. He previously held positions as the Jeffrey J. Miller Professor of Government, Business, and the Economy at Southern Cal, Managing Director of Arthur Andersen Economic Consulting, Co-Chairman of Putnam, Hayes &amp; Bartlett, Inc., and Deputy Director of the Energy and Environmental Policy Center at Harvard University's John F. Kennedy School of Government. He was co-founder of Madison Consulting Group, which merged with National Economic Research Associates, Inc. (NERA), where he served as Senior Vice President. Dr. Cicchetti chaired the Wisconsin Public Service Commission and directed the Wisconsin Energy Office. He did post-doctoral research at Resources for the Future, served as first economist of the Environmental Defense Fund and was a professor of economics and environmental studies at the University of Wisconsin, Madison. He received a B.A. from Colorado College and a Ph.D. from Rutgers University, both in economics.&nbsp;</p>

<p>Dr. Cicchetti has testified before regulatory agencies in the U.S. and abroad on tariff design, the rate of return, and the organizational structure of the natural gas, electricity, water and telecommunications industries. He has prepared expert testimony for various federal proceedings on a variety of topics. His work in environmental litigation includes experience in natural resource damage assessment and cost allocation under the Comprehensive Environmental Response, Compensation and Liability Act (CERCLA) and the Oil Pollution Act. He has worked in developing nations throughout the world and designed the World Bank's Build, Own, Operate, and Turnover (BOOT) public/private investment program for infrastructure development.

The Impact of Oil on Global Economics and Security