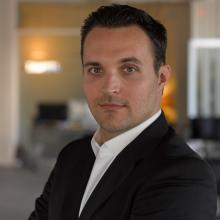 Brandon Millan is a Los Angeles-based corporate strategist and entertainment & tech executive — with academic faculty appointments to Pepperdine University and Santa Monica College. He has published on a range of issues related to democratization, international politics, and human capital flight with recent public scholarship and journal publications having appeared in The Diplomat, Taiwan Journal of Democracy, Critical Asian Studies and American Journal of Chinese Studies.

In the private sector, Mr. Millan is Vice President of Corporate Development at Ostendo Technologies having held the same role at Grandview | Automatik, the Los Angeles-based content creator. Previously, he was an executive at ICM Partners and an investment adviser in the Private Client Group at Wells Fargo Advisors, specializing in alternative assets.

Mr. Millan received his undergraduate degree in Political Science from Pepperdine University and his master’s degree from National Chengchi University at Taipei. He studied as a Huayu Scholar at National Taiwan University before being awarded the Taiwan Scholarship. In 2017, Mr. Millan was honored by his alma mater as the Seaver College Young Alumni Awardee.