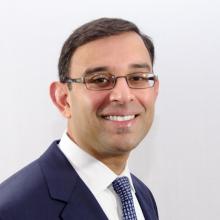 Atman Trivedi is a Managing Director at Hills & Company, International Consultants, where he advises global companies on trade, investment, and political issues with a focus on Asia.

Atman was previously the Senior Director for Policy in the Global Markets bureau of the U.S. Department of Commerce. He managed policy development and implementation in the bureau charged with increasing exports, opening markets, and attracting FDI. As a member of the leadership team, Atman was Commerce's operational head of the first-ever U.S.-India Strategic and Commercial Dialogue, and co-managed his bureau’s policy efforts for the TPP. He previously worked as Chief of Staff in the State Department’s nonproliferation bureau and was a part of the core team that eliminated Syria’s declared chemical weapons.

Prior to the Obama Administration, Atman served as Chairman John Kerry's Counsel on East Asian and Pacific affairs and parts of South Asia (with a focus on India) for the Senate Foreign Relations Committee (SFRC). He joined SFRC after working as Senator Kerry’s chief adviser on defense and security matters in 2007-2008.

Early in his career, Atman served as a Junior Fellow at the Carnegie Endowment for International Peace for Foreign Policy Magazine.

America Finally Shows Signs of Competing in Asia
For Its Own Sake, India Should Give Trade a Chance
India Is Getting Cold Feet About Trump’s America
Modi Needs to Show India Has Teeth
The U.S.-India Relationship Needs Work
Trump’s Coming Trade War with China