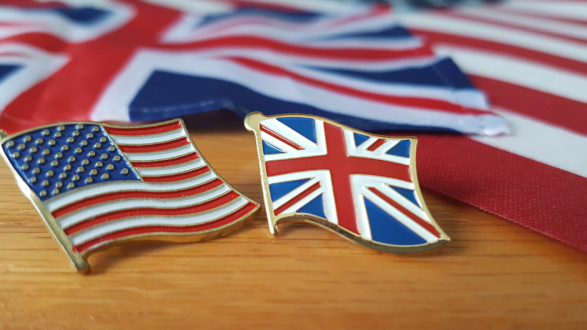 Please join The Ditchley Foundation, the British Consulate General in Los Angeles, and The Pacific Council on International Policy for an in person event in which we will explore the unique relationship between the United Kingdom and the United States and how it has evolved in recent years. Ditchley Foundation Director James Arroyo and British Consul General in Los Angeles Emily Cloke will engage in a wide ranging discussion on the current state of the U.S.-U.K. bilateral relationship, the unique importance of LA and the West Coast in fostering close ties between our countries, and the role organizations like Ditchley and the Pacific Council can play in advancing dialogue and collaboration.

James is the director of The Ditchley Foundation, a privately-funded charity whose mission is to support the Transatlantic Alliance between the United States and Europe by bringing decision makers and experts together in a unique and inspiring setting. James was previously director for data at the British Foreign and Commonwealth Office, charged with adapting the organisation to the digital age.  Prior to that he was director for Europe in the FCO and served abroad in embassies in France and across the Near East.  His intellectual interests include the impact of technology on society, business and government and the dynamics of insurgencies and terrorism. He read English at Cambridge University and is married to Kerry with two daughters.

Emily Cloke is the British Consul General in Los Angeles. She is the senior representative of the UK government in Southern California, Arizona, Nevada, Utah and Hawaii. In this role, she promotes trade and investment, scientific cooperation, tackling climate change, creative and media collaborations and educational partnerships between the UK and the southwestern United States. She also oversees delivery of essential consular services to a 600,000-strong British resident community and British visitors.

We are grateful to the The Ditchley Foundation and the British Consulate General in Los Angeles for their partnership on this event.