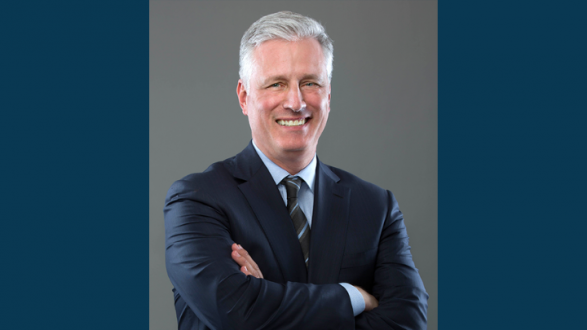 Join us for an evening with the 28th United States National Security Advisor, Robert O'Brien in conversation with Patt Morrison, columnist for the Los Angeles Times.

This will be an in-person event with dinner served. Please see the vaccination requirements below.

Ambassador Robert C. O’Brien served as the 28th United States National Security Advisor and is a highly regarded diplomat, having played an integral role in negotiating the Abraham Accords, representing the United States at the 60th UN General Assembly, and many other accomplishments. O'Brien previously served as the Special Presidential Envoy for Hostage Affairs at the U.S. Department of State. As SPEHA, O'Brien held the personal rank of Ambassador. With the Secretary of State, O'Brien led the U.S. Government's diplomatic efforts on overseas hostage-related matters. He worked closely with the families of American hostages and advised the senior leadership of the U.S. Government on hostage issues. O'Brien coordinated with the interagency Hostage Recovery Fusion Cell on the development and implementation of U.S. hostage recovery policy and strategy.

Patt Morrison is a writer and columnist for the Los Angeles Times, where her work has spanned national politics and stories from the Los Angeles riots and earthquakes and the Space Shuttle to the Super Bowl – which she covered from inside a women’s bathroom – and the death of the Princess of Wales. As a member of two Los Angeles Times’ reporting teams, she has a share of two Pulitzer Prizes. For her work hosting programs on public television and radio, she has received six Emmy awards and a dozen Golden Mikes. Patt is also a regular commentator on the Emmy-winning “L.A. Times Today” show on Spectrum 1.

The Pacific Council is attentive to the health and safety of its members, staff, and guests. Due to the severity of the COVID-19 pandemic, we must ask all who wish to attend our in-person events to show proof of vaccination. If you are not vaccinated, we ask that you provide proof of a negative COVID test within 72 hours at the time of check-in to our in-person events.