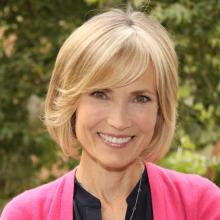 A broadcast journalist, media pioneer and digital communication leader, Willow Bay is the first female dean of the USC Annenberg School for Communication and Journalism. As dean, she oversees more than 200 faculty and staff, and more than 2,500 undergraduate and graduate students across the fields of communication, journalism, public relations and public diplomacy.

Bay has led academic and research innovations while strengthening USC Annenberg’s connections with the communication fields. She launched a series of curricular improvements, including an expansion of the school’s experiential education and career development programs. Bay also has advanced the school’s portfolio of innovative research that delivers insights, challenges assumptions and offers knowledge-based solutions to drive change.

While bolstering USC Annenberg’s partnerships with its industries of practice, Bay has increased the school’s public engagement around critical issues such as the role of communication technology in advancing equity and access, digital media literacy, and gender equity in media and communication. A skilled television interviewer, Bay has also led conversations with a number of global influencers, including former US Secretary of State Hillary Clinton and His Holiness the Dalai Lama.

Prior to her role as dean, Bay was director of the USC Annenberg School of Journalism (2014–17) and guided the launch of the state-of-the-art Media Center in Wallis Annenberg Hall and introduced the school’s Bachelor of Arts in Journalism degree program.

Bay came to USC Annenberg from her post as senior editor and senior strategic advisor of The Huffington Post. Her prominent broadcast experience includes reporting and anchoring for ABC News’ Good Morning America/Sunday and serving as a correspondent for Good Morning America. She was the first woman to co-anchor CNN’s Moneyline. At NBC, she co-hosted NBA Inside Stuff and served as a correspondent for the Today Show.