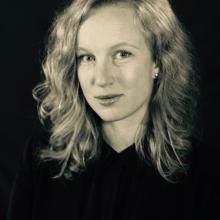 Thea Uppal heads the West Coast office and is a Policy Director at the U.S.-India Business Council, part of the International Affairs Division at the U.S. Chamber of Commerce. In this capacity, she works in trade policy and is in constant consultation with public and private sector stakeholders from both countries, while looking to drive growth and engagement in the bilateral trade relationship. Prior to joining USIBC in 2013, Thea lived in Toronto and worked in the Canadian film industry in production, marketing and sales. A native of Arizona, Thea originally moved abroad to study at the University of British Columbia, Vancouver. There she received her B.A. in Asian Area Studies, with a concentration in South Asian History, Religion and Linguistics, and her M.A. in Asia Pacific Policy Studies, with a concentration in Economic and Social Change in India. While a graduate student, she also worked for the Institute of Asian Research, assigned to China-India relations and Tibetan studies and coordinated her first international summit. Thea further studied South Asian languages in India, including the art of Urdu calligraphy, Linguistics at the Massachusetts Institute of Technology and Fine Art, Photography at the University of Arizona. Ms. Uppal currently lives in Northern California with her husband.