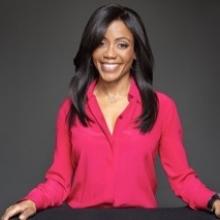 Tanya is also an experienced civil litigator who has represented a wide array of clients. She also served as a Temporary Judge in the Los Angeles County Superior Court.

While a student at Yale Law School, Tanya represented low-income women in family law cases and served as a teaching assistant in Constitutional Law and Civil Procedure courses. She also worked at the Office of White House Counsel, the Civil Rights Division in the United States Department of Justice, and a number of the nation’s top law firms. After graduating from Yale, Tanya served as a law clerk to the Honorable Dorothy Wright Nelson on the Ninth U.S. Circuit Court of Appeals. She then worked as a Bristow Fellow in the Office of the Solicitor General in the U.S. Department of Justice.

A volunteer with Love Takes Root, Tanya has traveled to Haiti to work in a clinic and orphanage founded by that organization. She is a member of the Beverly Hills West (CA) chapter of The Links, Incorporated and additionally serves on the boards of Public Counsel; the Western Justice Center; the Boy Scouts of America; PacWest Bancorp; and the National Museum of the Surface Navy. Tanya is also a trustee of the Pacific Battleship Center, which operates the Battleship USS IOWA Museum.