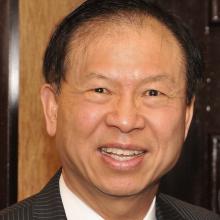 Robert W. Liu is the founder and Chairman of Tireco, Inc., one of North America’s largest private brand marketers and distributors of tires and tire related products. Bob graduated from Cheng-Kung University in Taiwan and, later, the University of Utah where he earned his M.S. in Civil Engineering. In addition to serving on the boards of various Asia-based companies, Bob is a board member of the Pacific Council on International Policy where his family created and continues to support the PCIP’s annual "State of the Global City" address by the Mayor of Los Angeles. He is an active supporter of the University of Notre Dame where his family established the Liu Institute for Asia and Asian Studies; in addition, he also serves as an Executive Fellow for Notre Dame’s Keough School of Global Affairs. Bob and his family are founding members of USC’s Marshall Family Business Program and is one of the advisory board members at USC Center on Public Diplomacy. The Liu family has also supported the creation of the pediatric department at Fu Jen Catholic University Hospital in Taipei, Taiwan.