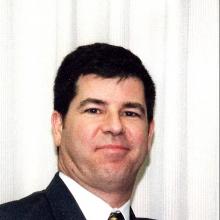 Despite being principally a translator and author, having produced about 15 books, mostly literary translations from Arabic, much of my career has been in international affairs. I've served as a political officer and translator in Iraq, Yemen, and Afghanistan; under Richard Haass on the State Department's Policy Planning Staff, at the White House as Director of Persian Gulf Affairs on the National Security Council (2003-05), and the New York's Joint Terrorism Task Force (2008-10). Prior to my government service, I worked for the National Geographic Society, doing fieldwork in Egypt, Lebanon, and Syria.

My original work includes the nonfiction Sandstorms: Days and Nights in Arabic; Translating LA; and The Strange Disappearance of Imam Moussa Sadr. Research for the latter book included a sabbatical at Mishkenot Sha'ananim in Jerusalem, Israel and extensive time spent with Iranians throughout Europe and the Middle East, including former Iranian leaders Abolhassan Banisadr and the late Shapour Bakhtiar. I have translated novels from a wide variety of Iraqi, Egyptian, Nubian, Saudi Arabian, Lebanese, and Palestinian dialects. The authors include Nobel laureate Naguib Mahfouz; Abdelrahman Munif, my translation of whose Cities of Salt was the first Saudi novel published in English; Emily Habiby, the first Israeli Arab to win the Israel Prize for Literature; and Idris Ali, my translation of whose novel Dongola was the first Nubian novel published in English. I was awarded the Columbia University Translation Award for my work.

I was educated at Harvard College (AB 1978) and the American University of Cairo, Egypt. I received an honorary doctorate from Mount St. Mary's College in Newburgh, New York in 1997.

What Happened to The New York Times’ Man in Tehran?