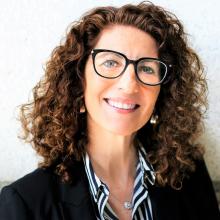 Margaret Traub is Head of Global Initiatives for International Medical Corps, the Los Angeles-based humanitarian organization that since 1984 has delivered more than $3.6 billion of health care relief and training in conflict and disaster zones in 80 countries.

As a member of International Medical Corps’ Emergency Response Team, Traub travels extensively to field programs around the world - including to Syria, Lebanon, the Democratic Republic of Congo, the Philippines, Nigeria, South Sudan, and Haiti – to assist and to advocate for those affected by crisis.

Traub has been interviewed by most of the major media, and her writing and photography have been published in dozens of magazines and newspapers worldwide.

Prior to joining International Medical Corps in 2005, Traub spent 17 years in print and broadcast journalism. From 2000 to 2004, she was an Executive Producer at CNN, overseeing show coverage of the wars in Iraq and Afghanistan, the September 11th terrorist attacks, and the 2000 presidential election.

Before joining CNN, she spent six years at Good Morning America, first as a writer and then Head Writer. She frequently traveled to cover breaking news events, including the Oklahoma City bombing, Columbine school massacre, and assassination of Israeli Prime Minister Yitzhak Rabin – the last for which she was part of an Emmy-nominated team. She was twice nominated for a Writers Guild of America award.

A graduate of Columbia University, Traub serves on the board of Columbia Alumni Association of Southern California. She lives in Los Angeles.