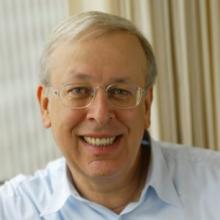 Mr. Marc B. Nathanson was Co-Chair of the Board of Directors at the Pacific Council on International Policy. In 2012, Secretary of State, Hillary Clinton, appointed Mr. Nathanson as her representative to the Board of the East-West Center in Honolulu, Hawaii. Mr. Nathanson is Vice Chair of the National Democratic Institute for International Affairs, and was founding Chair of the Homeland Security Advisory Council (HSAC) for Los Angeles. He previously founded and served as Chairman and CEO of Falcon Cable TV. Mr. Nathanson additionally served as Chairman of the Broadcasting Board of Governors during the Clinton and Bush Administrations (1995-2002). He was also a member of the Presidentially-appointed Albanian Enterprise Fund. He is a member of the Board of Trustees of the Aspen Institute, and Center for the Digital Future at USC. Mr. Nathanson is also a member of the Los Angeles Coalition for the Economy and Jobs, and the Council on Foreign Relations.

Commentary by Marc B. Nathanson