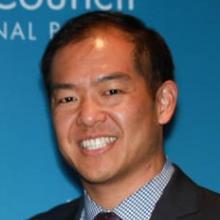 Justin Liu is President and CEO of Tireco Inc., one of North America's largest private brand marketers and distributors of tires in North America. Tireco is a top 100 importer of all goods into the United States.

Justin is a member of the Pacific Council on International Policy (PCIP) where his family created and continues to support the Council's annual "State of the Global City" address by the Mayor of Los Angeles. Justin has also served as a fellow of the “Next Generation Project: U.S. Global Policy & the Future of International Institutions” sponsored by the American Assembly of Columbia University. Justin was a founding Board Member of the Los Angeles Parks Foundation, a not-for-profit created by Mayor Antonio Villaraigosa to support the enhancement, preservation, and expansion of recreational opportunities and parks for the people of Los Angeles.

In addition to his native English, Justin speaks conversational Spanish and fluent Chinese.