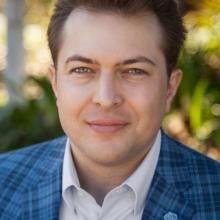 As a Foreign Service Officer of the U.S. Department of State, Jonathan most recently served as a public diplomacy officer at U.S. Embassy Tokyo.  While in Japan, he worked on post-tsunami regional development efforts and advocacy for Japan’s accession to the Hague Convention on International Child Abduction.  Recognized by the Empowerment Congress as one of “40 Under 40” emerging leaders, Jonathan served on Hillary Clinton’s 2016 campaign National Finance Committee, has been an elected delegate to the California Democratic Party, and has led two local chambers of commerce.

He is a National Security Fellow at the Truman National Security Project, a Fellow of the Royal Society of Arts, and sits on the Board of Governors of the Japan America Society. Jonathan has recently completed fellowships with the Anti-Defamation League, the German Marshall Fund, and the U.S.-Spain Council. Jonathan belongs to the Aspen Institute’s Society of Fellows, the RAND Corporation’s Policy Circle, the London-based International Institute for Strategic Studies, and is a Sustaining Member of the Pacific Council on International Policy.  He speaks English, Portuguese, Spanish, Japanese, Mandarin Chinese, Italian, and German (in descending order of proficiency).