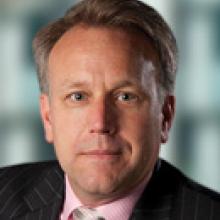 Jack Riley is vice president and director of the RAND National Security Research Division (NSRD). NSRD conducts research and analysis for the Office of the Secretary of Defense, the Joint Staff, the Unified Commands, the defense agencies, the Department of the Navy, the U.S. Intelligence Community, the U.S. Department of State, allied foreign governments, and foundations.

Much of his recent work has focused on security sector reform, including analyses of Afghanistan, Liberia, Mexico, and the Palestinian Territories. In addition, he has conducted extensive work on homeland security, border security, and law enforcement and crime control, including assessments of passenger rail and airport security, implementation of a gun crime reduction demonstration program, and analyses of major law enforcement initiatives and reforms at the local, state, and national levels. He has testified before Congress on multiple occasions on transportation security and border security. His most recent testimony was on The Strategic Challenge of Border Security (in March 2007) and Border Security and the Terrorist Threat (in August 2006).

From 1995 to 1999, Riley was with the U.S. Department of Justice, where he conducted research and managed programs addressing a wide variety of issues, including domestic terrorism, immigration reform, substance abuse trends, violent crime, offender monitoring, and law enforcement reforms.