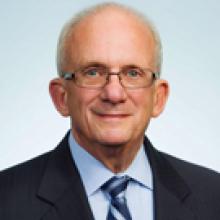 Howard Berman is a senior advisor with Covington and Burling LLP, based in both Washington and LA offices. He  advises clients on a wide range of foreign affairs and domestic policy matters, including defense and national security issues, intellectual property, entertainment, technology, and immigration. First elected to Congress in 1982, Congressman Berman became known as one of Capitol Hill’s preeminent deal-makers. National Journal described him as “one of the most creative members of the House and one of the most clear-sighted operators in American politics.” As the chairman of the House Foreign Affairs Committee, Congressman Berman was one of Congress’ leading experts on international relations. On the Committee, he repeatedly helped build bipartisan consensus within the House, and between Congress and the Executive Branch. A long-time senior member on the House Judiciary Committee, Congressman Berman chaired the Subcommittee on Courts, the Internet and Intellectual Property, where he successfully led efforts resulting in major changes to intellectual property laws affecting the entertainment and high-tech industries. In addition to the Board of Directors of the Pacific Council,  he serves of the Board of the National Democratic Institute and on the Board of Trustees of the Asia Foundation.