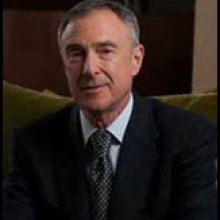 Harry E. Sloan is a founder, public company CEO, and a leading investor in the media, entertainment and technology industries. Sloan is the Chairman and CEO of Eagle Equity Partners II, LLC., which has acquired and taken public, through SPACs, several digital media companies including, DraftKings and mobile gaming company Skillz. Sloan has been at the forefront and evolution of the video gaming industry as a founding investor and Board Member of Zenimax/Bethesda Game Studios, the awarding winning studio being acquired by Microsoft.

Earlier, Sloan was Chairman and CEO of MGM Studios and founded and led two public companies in the entertainment media arena: New World Entertainment and SBS Broadcasting, S.A., one of Europe’s largest broadcasters.

In 1987, Sloan was appointed by President Ronald Reagan to the President's Advisory Council on Trade and Policy Negotiations (ACTPN). He was a longtime friend and National Entertainment Chair for John McCain’s Presidential campaign (2008) and a California financial chair for the Mitt Romney Presidential campaign (2012). Sloan now works with Cindy McCain as a Trustee of The McCain Institute, and has since its founding.

Sloan was born in Torrance, California and grew up in a working-class Jewish family. Both his parents were union members, his father, a Douglas Aircraft machinist and his mother, a teacher. Sloan earned a B.A. from UCLA and a J.D. from Loyola Law School. Sloan resides in Los Angeles. He has two daughters from his first marriage. Sloan is married to film/TV producer Florence (née Low) Sloan. They have two sons.