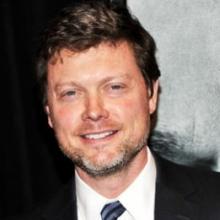 George Nolfi is a writer, director, and producer of film and television. His film work includes The Bourne Ultimatum, The Sentinel, Ocean’s Twelve, The Adjustment Bureau and the upcoming Bruce Lee film, Birth of the Dragon. He created, executive produced, and was the principal director of the NBC spy drama, Allegiance.

Nolfi received his BA from Princeton University’s Woodrow Wilson School of Public and International Affairs. He was awarded a Marshall Scholarship to study political philosophy at Oxford University, and holds an M.A. from UCLA in political science.

Combining his Hollywood experience with his background in political science, Nolfi has advised non-profit groups, companies, government agencies, and politicians on strategy and messaging.

He is currently a member of the Secretary of the Navy’s Advisory Panel in Washington, and senior advisor to the youth focused new media company ATTN, based in Los Angeles.