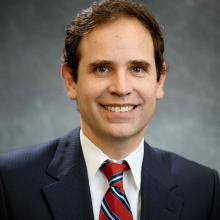 Judge Gabriel P. Sanchez is a Circuit Judge for the U.S. Court of Appeals for the Ninth Circuit.  Judge Sanchez was nominated for the federal judgeship by President Joseph R. Biden on September 20, 2021, and was confirmed by the U.S. Senate on January 12, 2022. Judge Sanchez was previously appointed by Governor Edmund G. Brown Jr. to the California Court of Appeal, First Appellate District in October 2018, where he served as an Associate Justice in Division One for three years.  Before joining the Court, Judge Sanchez served for seven years as Governor Brown’s senior advisor on corrections and criminal justice matters.  He was responsible for managing all significant corrections litigation and appeals, supervising the work of several hundred attorneys from the Office of the Attorney General and outside counsel.  He advised the administration on criminal justice reform legislation, executive appointments, and parole and clemency decisions, and was a principal author of the landmark Public Safety and Rehabilitation Act of 2016 and its enabling regulations.  Judge Sanchez previously served as a Deputy Attorney General in the Office of the Attorney General in San Francisco.

Judge Sanchez began his legal career at Munger, Tolles & Olson LLP where he litigated a wide range of civil matters at the trial and appellate levels. Active in his pro bono practice, the American Civil Liberties Union of Southern California presented him with the Social Justice Award in 2010 for his work on Bautista v. State of California, a lawsuit that sought to improve and enforce heat illness protection safety regulations for farm workers in California.

After receiving his B.A. from Yale College in 1998, he was a Fulbright Scholar in 1999 in Buenos Aires, Argentina, where he surveyed and wrote on presidential electoral campaign politics.  He received a master’s degree from the University of Cambridge in 2000, and a Juris Doctor degree from Yale Law School in 2005.