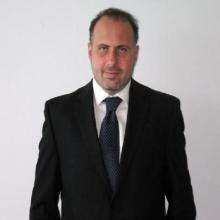 Francesco Stipo is the president of the Houston Energy Club, a nonprofit organization composed of energy experts and executives based in the city of Houston.
Previously, he served as president of the United States Association of the Club of Rome, the American branch of a global think tank, and was a member of the Club of Rome between 2011 and 2014. At the completion of his term he received the honorary title of president emeritus.
He is an associate of the Brussels Energy Club, and a member of the National Press Club in Washington D.C.
Dr. Stipo published several articles and op-eds in American journals and newspapers, such as The Hill, Business Insider, and The Street, and is frequently invited to speak on energy and international affairs in distinguished venues such as the Organization of American States, the East-West Center, and Harvard University. He has been a commentator on national television, radio and print media.
In 2012 he was elected as a Fellow of the World Academy of Art and Science for his contribution in the field of global governance.
In 2014 he was invited to join the Bretton Woods Committee, an organization composed of leading bankers and experts who support international financial institutions.
Since 1999 Dr. Stipo has worked as an international advisor specializing in energy transactions and company acquisitions.
Born in Italy in 1973, Dr. Stipo is a naturalized United States citizen. He holds a Ph.D. in International Law, and a Master Degree in Comparative Law from the University of Miami.