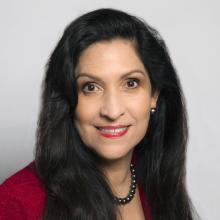 Dr. Cynthia Ann Telles is on the faculty of the UCLA School of Medicine, Department of Psychiatry and is the Director of the UCLA Neuropsychiatric Institute Spanish-Speaking Psychosocial Clinic where she is responsible for managing the clinical operations its model psychiatric clinic, as well as the training program, research and budget. Dr. Telles serves on the Board of Directors of General Motors Co., Kaiser Foundation Health Plan and Hospitals, the California Community Foundation (Board Chair), the Pacific Council, the Performing Arts Center of Los Angeles County and LA Plaza de Cultura y Artes. She also has served on the Board of Directors of The California Endowment (Board Chair), the Public Policy Institute of California, Pitzer College, the National Alliance for Hispanic Health (Board Chair) and Rosalyn Carter's Mental Health Task Force, The Carter Center. Recently, she was appointed by President Obama to the White House Commission on Presidential Scholars. She served as Commissioner of the City of Los Angeles for 13 years. Between 2004-2006, she was the Vice President of the Board of Library Commissioners and previously was elected President of the Commission on the Status of Women. Dr. Telles also was elected Vice President of the City of Los Angeles Ethics Commission and served as a member of the Commission on Children, Youth and Their Families. During the Clinton Administration, she was appointed by Secretary Shalala to the National Advisory Council of the Substance Abuse and Mental Health Services Administration. Previously, she served on the advisory group to the Presidential Task Force on Health Care Reform and on the Regional Selection Panel for White House Fellows Program. Throughout her career, Dr. Telles has received many awards and commendations from organizations and governmental entities across the nation, and also was selected by the Hispanic Business Magazine (2006) as one of the 100 Most Influential Hispanics in the Nation.