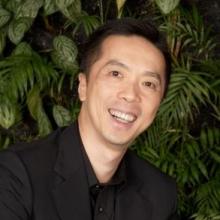 Based in Taiwan, Mr. Chen is a highly-regarded corporate figure in the local community with many years of experiences in technology, financial services, insurance and transportation management sectors. Mr. Chen currently holds the position of Chairman in Eyon Holding Group. He is also the Vice-Chairman of Taiwan Air Cargo Terminal Corporation and Taian Insurance Co., Ltd. In addition, he serves as a board member of China Airlines, and holds many other local and foreign directorships. Mr. Chen was the Chairman of the UTAC Group, the world's no. 5 semiconductor back-end services provider in 2006, between 2000 and 2007. He was also the Chairman of Epistar Corporation, a world leading LED chip company, between 2005 and 2007. Mr. Chen is the Co-President of Chen Yung Foundation and Formosa Cancer Foundation in Taiwan. He also sits on the boards of a number of other non-profit organizations, including Children Liver Foundation, Earth's Love Foundation, Taiwan Orthopedic Sports Medicine Research Foundation, among others. Mr. Chen received his Masters in Business Administration (MBA) degree from New York University in 1991. He obtained a Bachelor of Economics degree from Fu-Jen Catholic University in Taiwan in 1985 and received the "Outstanding Alumni" Award in 2004.