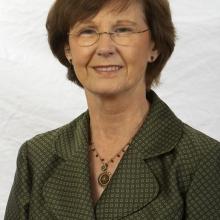 For more than 20 years, Caroleen Williams held senior positions in the United States Senate and House of Representatives, including that of chief of staff of congressional committees. She also served as a Foreign Service Officer with the Department of State, earning a Superior Honor Award and a Secretary’s Commendation for Outstanding Service.

Ms. Williams has also often represented the U.S. government on short- and long-term assignments with the Organization of Security & Cooperation in Europe (OSCE) in former Communist countries, establishing non-government organizations (NGOs), political parties and independent media groups. In 2010, she was sent by Freedom House to Egypt where for three months she worked with political activists from Egypt, Tunis and Algeria, helping them develop election monitoring programs in their countries. She is the author of a publication, “How to Influence Public Policy,” published with funding by the U.S. Agency for International Development (USAID) for use by non-government organizations in developing countries. Ms. Williams earned a B.S. degree from the University of Utah and a M.A. degree from Stanford University.