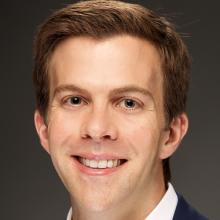 Brian Goldsmith is a media consultant based in Los Angeles. In the 2020 election cycle, he advised political candidates as well as companies and independent groups. From 2016-2018, he helped lead political coverage at Yahoo News. He also co-hosted and executive produced the Katie Couric podcast. Before that, Goldsmith was co-head of the US division of Seedrs, a leading equity crowdfunding company based in London. He also co-founded and served as president of Junction Investments, a San Francisco-based online investment firm later acquired by Seedrs.

Previously, Goldsmith served in a variety of roles at CBS News, including as political producer at the Evening News. While at CBS, he won a DuPont award for his team’s coverage of the 2008 presidential campaign and was nominated for an Emmy. Earlier in his career, he was an assistant producer for Jeff Greenfield at CNN, an aide to House Minority Leader Dick Gephardt, and a project manager at the USC Center on Public Diplomacy.

Goldsmith is a graduate of Harvard College and Stanford Law School.