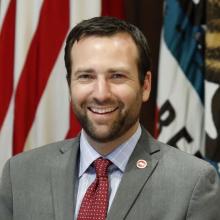 On November 4, 2014, California State Senator Ben Allen was overwhelmingly elected to represent the 26th Senate District, which consists of the Westside and coastal South Bay communities of Los Angeles County stretching from Santa Monica to the Palos Verdes Peninsula.

Ben is a former board member, and former Board President, of the Santa Monica-Malibu Unified School District.  On the School Board, he was a leader on issues of environmental sustainability, financial accountability, and community engagement. While President, he helped shepherd through a successful $385 million bond measure (which upgraded District facilities using cutting-edge environmental best practices and created good new local jobs).

While in law school, he served as a voting member of the University of California’s Board of Regents, and was a judicial clerk with the United Nations International Criminal Tribunal for Rwanda.