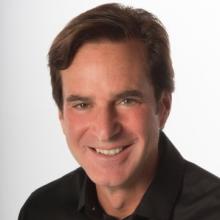 Barry Porter is currently focused on making and managing investments in private and public companies for his own account. Mr. Porter was a co-founder and a Managing General Partner of Clarity Partners, a firm that made private equity investments principally in companies in the media and telecommunications industries. Mr. Porter was also a co-founder of KAILAI Investments, a company that made private equity investments in companies in a range of industries in the Greater China region.

Mr. Porter began his professional career as an attorney at the Los Angeles firm of Wyman, Bautzer, Rothman Kuchel and Silbert. He moved to Wall Street in the mid-1980s as an investment banker with Bear, Stearns & Co. Inc.  Mr. Porter became a Senior Managing Director of Bear Stearns and amongst other responsibilities was co-head of the media and communications practice, head of the gaming industries group and an active participant in the firm's high-yield activities. While at Bear Stearns Mr. Porter became involved in the private equity business and he joined Pacific Capital Group in late 1993 to help focus that firm's media and telecommunications investment activities. Mr. Porter led Pacific Capital's investment in OpTel, which he and his partners helped grow into the leading provider of competitive cable television services to large multi-dwelling units. While at Pacific Capital, Mr. Porter was a co-founder of Global Crossing, a pioneer in privatizing the international subsea telecommunications business.