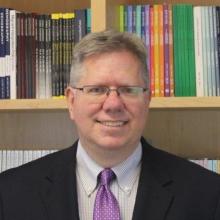 Andrew Selee became President of the non-partisan Migration Policy Institute (MPI) in August 2017 after 17 years at the Woodrow Wilson Center, where he founded the Center’s Mexico Institute and later served as Executive Vice President. He’s published widely on Mexico and U.S.-Mexico relations, including his latest book Vanishing Frontiers: The Forces Driving Mexico and the United States Together (Public Affairs/Hachette, 2018), and he is often interviewed in the press on both sides of the border.