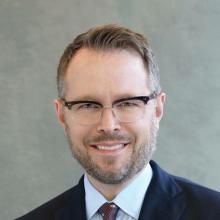 He is actively engaged in the community, serving as a member of the Board of Directors of Bet Tzedek, a public interest law firm in Los Angeles. He is also a former board member for Crystal Stairs, Inc., an enterprise organized to improve the lives of low-income families in Los Angeles through child care services, research and advocacy.

Mr. Toral also maintains an active pro bono practice. As a former infantry officer in the US Marine Corps, Mr. Toral is dedicated to serving veterans. He has served as an appellate panelist for the Veterans Consortium Pro Bono Program, represented the American Legion and Swords to Plowshares in disputes with the City and County of San Francisco concerning the San Francisco War Memorial Opera House, and participated in Ironman distance endurance events to raise money and awareness for the Semper Fi Fund and RWB.org. He currently represents the International Rescue Committee in a broad range of matters helping to save conflict refugee families in crisis. At the same time, Mr. Toral has served as an observer of and represented certain interests in the trials of certain high-value detainees at Guantanamo Bay, Cuba.

Mr. Toral earned his JD from the University of San Francisco School of Law, where he was the managing director of the Moot Court Board and an editor for the Maritime Law Journal. He also received his LLM from NYU School of Law, and is currently studying for a Masters in International Relations at Harvard. He served as an extern for California Supreme Court Associate Justice Ming Chin and US Bankruptcy Court Judge Randall Newsome.