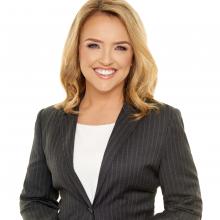 I was born in Toronto, Canada and lived there until I was 10 years old. We then immigrated to the United Kingdom, where I lived during most of my childhood into adolescence. I went to boarding school in Geneva, Switzerland.
I attended the University Of San Diego and obtained a Bachelor of Arts degree in Business Economics with a minor in French.
I have been in the finance industry since I was 16 years old, firstly in the UK working at a Merchant Bank, Henry Ansbacher (currency trading) and then here in the USA, during and after college for both Merrill Lynch and Prudential Securities, as a Series 7, 63 & Commodities broker. I worked in a team and was very successful.
My husband and I moved to Rio de Janeiro, Brazil in 1997, where I opened my own ESL (English as a Second Language) school. We married there and we lived and worked there for 5 years.
Due to the political and economic deterioration of the country, we moved to the UK, where I ran our family's multi-national manufacturing company. I was responsible for the entire operation, from the sourcing of raw materials worldwide, to the final distribution and management of the sales team. We moved back to the USA in 2005, to be back with our families.
I worked as a loan manager at Finance of America between 2014 and 2018 and then moved onto my current position as a Mortgage Advisor at Benchmark Mortgage.
I speak fluent English, French, Portuguese and Spanish and feel the Pacific Council on International Policy would be a wonderful organization and opportunity for me to give back to my community and use the extensive knowledge and cultural experiences I have been blessed to experience in my life.