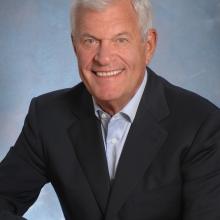 Over the years Richard has also held many leadership positions in the educational, cultural and social service life of Southern California as well as a featured speaker, an active board member and major charitable contributor. He served six years as Chairman of the Board of City of Hope National Medical Center and its Beckman Research Institute, is a member of the Board of Governors of the Hebrew University of Jerusalem and Co-Trustee and CEO of The Rosalinde and Arthur Gilbert Foundation. Among his major contributions, Richard has established and endowed the UCLA Ziman Center for Real Estate (which combines academics, research, governmental and entrepreneurial resources) and the Ziman Family Outpatient Oncology Center at City of Hope, graduate fellowships at the UCLA Anderson School of Management and the 96-bed Alzheimer hospice at the Los Angeles Jewish Home for the Aging.

Richard has received numerous awards and honors for both his business and philanthropic endeavors and he is the recipient of 3 Honorary Doctorates and the UCLA Gold Medal (the University’s highest award). Richard received his BA and JD degrees from the University of Southern California, has four children and resides in Brentwood with his wife, May.