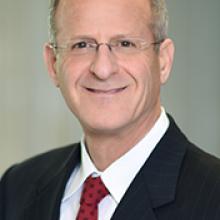 Richard H. Wohl is the Executive Vice President and General Counsel of CVB Financial Corporation and Citizens Business Bank, which is one of the ten largest banks based in California and one of the 100 largest banks in the United States.  During the past 15 years, Mr. Wohl has served in a variety of senior legal and business roles in banking and finance, including with Indymac Bank and a leading NYSE real estate investment trust.

In the earlier stages of his career, he served as a law clerk to the Hon. Dorothy Nelson of the U.S. Court of Appeals for the Ninth Circuit, held the positions of Acting Assistant Legal Adviser and Attorney Adviser for East Asia and the Pacific at the U.S. Department of State, and worked as an attorney in the Institutional Lending Group at the law firm of Morrison & Foerster.

Mr. Wohl's tenure at the Department of State coincided with a dynamic period in U.S. relations with the countries of East Asia, and he played an active role in trade negotiations with Japan, our growing military relationship with China, and the transition to democratic government in the Philippines.  He was responsible for a number of significant initiatives, including the opening of Japan to foreign lawyers and law firms, and he collaborated with his principal co-negotiators to author a book on Practice by Foreign Lawyers in Japan (American Bar Association 1988).

Mr. Wohl received his Bachelor of Arts Degree in History (with distinction) from Stanford University and his Juris Doctor Degree (with honors) from Harvard Law School, where he was an editor of the Harvard Law Review. He is a member of the Bar in the States of California and New York, he serves as a designated member of the Financial Institutions Committee of the Business Law Section of the California State Bar, and he is also a Certified Mortgage Banker.  Prior to moving to Los Angeles, he was elected as a term member of the Council on Foreign Relations.