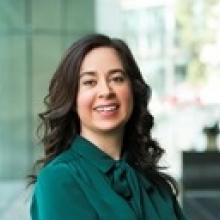 She has taught at Chapman University School of Law and Pepperdine University School of Law. Rajika also was instrumental in building and developing the Oxford Reports on International Law and Investment Claims subscription websites for the Oxford University Press, and has reported on a range of admissibility and merits decisions from UN human rights treaty bodies for publication in Oxford Reports on International Law.

While interning with the U.S. State Department’s Office of War Crimes Issues (now the Office of Global Criminal Justice), Rajika traveled to the Special Court for Sierra Leone to meet with stakeholders and identify best practices and lessons learned. She has also worked at the British Institute of International and Comparative Law in London and the Los Angeles Immigration Court, and was an extern for the Hon. Terry J. Hatter of the U.S. District Court for the Central District of California.