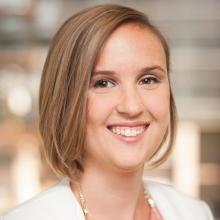 Nastasha Everheart is the Director of Strategy at the Pacific Council on International Policy where she facilitates vision-setting at the highest tiers of leadership, develops the Council’s impact agenda, and creates, implements, and measures institution-wide strategic plans. She serves as a liaison to the Strategic Planning Task Force, the Membership Advisory Committee, and other ad hoc Board committees and task forces on an as-needed basis. Nastasha was hired at the Pacific Council in 2010 as an entry-level professional and has worked her way to executive management over nearly a decade with the organization. Prior to assuming a formal role in strategy, she led the Council’s membership department, overseeing member recruitment, retention, and engagement strategy. Her key accomplishments at the Council include contributing to diversity, equity, and inclusion programs that doubled the percentage of women members in the Council over the span of 8 years and launching the Emerging Leaders Pilot Program in 2017. Nastasha has Bachelor’s degree in International Studies and Spanish from the University of Idaho and a Master’s degree in Public Diplomacy from the Annenberg School at USC. During her time at USC, she served as the managing editor of Public Diplomacy Magazine and a contributing editor to Princeton University’s Journal of Public and International Affairs. She is a Spanish speaker and a Latin America expert specializing in U.S. relations with Mexico, Central America’s Northern Triangle, and the Andean region alongside her functional expertise in strategy, community-building, program management, and public diplomacy. She hails from Northern Idaho, where she (a) was the first person in her family to graduate from college; and (b) developed a (now hidden) talent for log rolling.