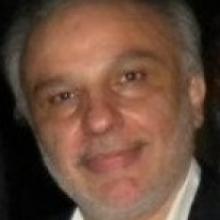 A former diplomat, currently Lecturer for the International Studies Program at the School of Social Sciences, University of California, Irvine (UCI). I teach courses on international law and politics. Prior to UCI, I was an adjunct professor at several universities in Tehran including, the School of Security and Criminal Sciences, College of International Relations, and University of Tehran. During my diplomatic career in the Iranian Foreign Ministry, I served as Ambassador, Permanent Representative to the United Nations and other International Organizations in Vienna, Director-General for International Political Affairs, Director-General for International Economic and Social Affairs, and Adviser to the Minister for Foreign Affairs. I also served at the United Nations as the Senior Adviser to the Executive Director of the United Nations Office on Drugs and Crime (UNODC) in Vienna, Representative and Director of UNODC Country Office in Afghanistan, Kabul and Senior Adviser to the Special Representative of the United Nations Secretary-General for Afghanistan. I was a student in the United States from 1976 to 1990. I attended the Graduate School of International Studies at University of Denver, where I received my PhD, MA and two Post-Graduate Certificates on International Development Studies and International Technology Analysis and Management. I received my first MA in Government and two BS degrees in Mechanical Engineering and Engineering Technology from California State University, Sacramento. I re-immigrated to the United States in 2009. Parallel to my academic work at UCI, I am the Vice-President for Finance and Operations at Magnetic Sensors Corporation in Anaheim, California. We are a small manufacturing company, building speed, temperature and proximity sensors used in many industries, such as aerospace and rail.