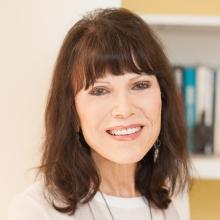 Millie Zucker is Special Assistant to the Executive Team (Executive Director and Vice President / COO) at the Pacific Council on International Policy. As a member of the Operations Team at the Pacific Council, she gives administrative support to the staff and she administers HR operations. She previously worked at the Santa Monica office of the RAND Corporation where she held administrative assistant positions in various departments, both national security and domestic, including the engineering department, Acquisition Policy and Technology Center, Center for Middle East Public Policy and Center for Russia and Eurasia. While at RAND she created animalwatch, a Recreation Committee Club for animal lovers. She received a B.A. in Psychology from the University of Southern California. She lives in Santa Monica with her recue dog, Bodhi, and two rescue kitties, Jolie and Devon.