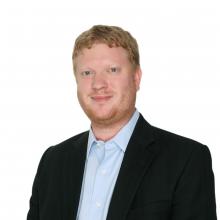 Kim Andreasson has advised the United Nations since 2003, most recently in preparation for the global 2014 e-government survey. He is a Managing Director of DAKA advisory AB, a consultancy, and is regularly giving presentations around the world on cyber security and e-government, including events in the past 12 months in Bahrain, China, Indonesia, Malaysia, Oman, Russia, Singapore, Switzerland and the United States. Most recently, he was invited as an expert to the "Governance, Public Administration and Information & Communication Technologies for Post 2015 Development" as part of the United Nations Economic and Social Council (ECOSOC) High Level Segment Meetings in Geneva. Kim has spent more than 10 years in consulting, including as interim Associate Director and a Senior Editor at The Economist Group's Business Research division where he co-edited the annual report on the Digital Economy Rankings. He serves on the editorial board of the Journal of Information Technology and Politics and is an elected member of the International Institute of Strategic Studies and the Pacific Council of International Policy and is a John C. Whitehead Fellow at the Foreign Policy Association. Kim is the editor and author of numerous publications and reports, including a recent one on cyber security for the British Foreign & Commonwealth Office. His book, Cybersecurity: Public Sector Threats and Responses, was published in December 2011 by CRC Press.