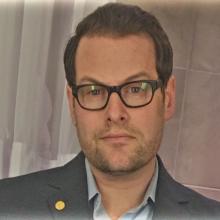 Justin Zeefe is President and Co-founder of Nisos, the industry-leading managed intelligence company, which he co-founded in 2015 and ran as CEO until 2020. Justin is also an investor in several technology start-ups, primarily in Artifical Intelligence, and he consults with Venture Capital firms to grow their technology investments.

Prior to founding Nisos, Justin spent a decade as an Operations Officer within the US Intelligence Community collecting on-the-ground information overseas against state-and non-state cyber actors, Industrial Control Systems, advanced threat capabilities/plans & intentions, illicit financial and supply chain networks, and state-sponsored/sanctioned activity. Justin was based in and operated primarily in Europe and additionally served tours in Afghanistan and Iraq. Prior to government service, Justin practiced litigation at Williams & Connolly, a law firm in Washington DC. Justin holds a B.A. from The Honors College at The Ohio State University and a J.D. from Boston University School of Law. He also speaks German and served for four years as a volunteer Emergency Medical Technician.