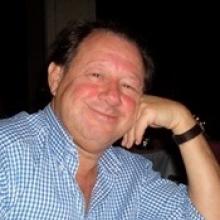 Fredric D. Rosen was an original principal in Outbox Enterprises, LLC, an entity comprised of Outbox Technology, Cirque du Soleil and Anschutz Entertainment Group until 2011. He was the President and CEO of Ticketmaster Group, Inc. from 1982 to 1998 and was the architect of its success. Under his leadership, Ticketmaster was transformed from a small startup ticketing company with under $1 million in annual ticket sales in 1982 into the world’s leading computerized ticketing service – with a powerful global brand synonymous with ticketing, a pioneering internet presence and more than $2.4 billion in annual ticket sales. Ticketmaster went public in the fall of 1996 and was sold to USA Networks in 1998, creating substantial value for Ticketmaster shareholders. Fredric D. Rosen served as Chairman and CEO of Stone Canyon Entertainment, the largest operator of traveling amusement parks in North America from 2005 – 2008. He currently serves as a Board member of Double Eagle Acquisition Corp, and served as director of Prime Focus World from 2012 - 2015. Among his many community and philanthropic interests in Los Angeles: he was a trustee of Crossroads School for 16 years; he is a Board Trustee and member of the American Academy of Dramatic Arts; a  Founding Board member of the Wallis Annenberg Cultural Center in Beverly Hills and a member of the Board of Governors of Cedars Sinai Medical Center. He is currently a Director and Member of the Executive Committee of the Pacific Council. Over the years, Mr. Rosen has been recognized for both his philanthropic activities and entrepreneurship, including receiving the City Of Hope’s “Spirit of Life” Award in 1994; the Ellis Island Medal of Honor in 1993; University of Southern California’s “Entrepreneur of the Year” award in 1989; he was honored by the Actor’s Fund in 1997; and received the Social Concern Award from the American Jewish Committee in 1997.