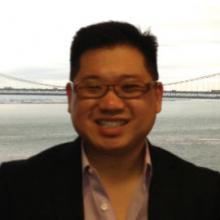 Fred Tsai is Senior Director, Global Strategy at Salesforce.com in San Francisco. In this role, Fred develops and executes the company's approach to customer success, adoption, and renewal sales for its commercial customers worldwide. Fred joined from Dell Inc. where he was based out of China for nearly a decade. At Dell, he played a number of roles, including as Director and Head of China Strategy. Fred began his career in technology investment banking at Deutsche Bank in San Francisco. He received his MA in international relations from the Johns Hopkins School of Advanced International Studies (SAIS) in Washington. At SAIS, Fred served as Managing Editor of the SAIS Review. Fred graduated from Washington University in St. Louis. Fred is a term member of the Council on Foreign Relations. He serves as Head of Young China Watchers of San Francisco.  He is an active tutor and mentor with Minds Matter of San Francisco.