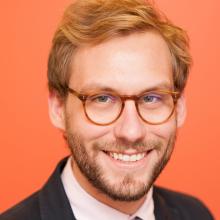 Derek Richardson is the Development Officer at the Pacific Council on International Policy, where he manages the organization's Corporate Partnership and Annual Giving programs, as well as event and special initiative fundraising. Derek began his career as a journalist, writing for sites such as Global Post and the Tampa Bay Times on an amalgam of topics, including local government, dog tracks, beach trash, garage rock, African dive bars, and community projects. His foray into fundraising began with the Democratic Party and later continued with the League of Conservation Voters, where he and his team were awarded the John Hunting Winning for the Environment Award. A proponent of civic engagement, Derek was elected in 2013 as Precinct Committee Person representing House District 45 in Portland, Oregon. Throughout his career, Derek has worked for nonprofit organizations in Africa, Europe, and on both coasts of the United States, including One Laptop Per Child and Legacy International. In his free time, Derek enjoys travelling with his dog Boushka, football (both types), and trying to be a cultural polymath.