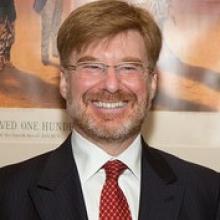 As Ambassador, he was honored for regional security and cyber efforts, innovative statecraft, social media communication, science & technology policy efforts, and whole of society outreach. He was the first LGBTQ person knowingly confirmed to a senior national security position as Ambassador by the Senate, and the Smithsonian Institution has taken certain of his materials into its permanent collection of American history.

As a legal professional, he has more than two decades of experience handling cross-border disputes, is on the panels of approved arbitrators of the principal international arbitral institutions, and has handled more than 200 arbitrations in three dozen jurisdictions around the world. He is a Fellow of the Chartered Institute of Arbitrators, the Chartered Institute's Trustee for the Western Hemisphere, a Fellow of the College of Commercial Arbitrators, a Distinguished Fellow of the Auckland University of Technology’s Faculty of Business and Law, a licensed solicitor in England & Wales, and a member of the Bars of California, NY, and DC.

Ambassador Huebner is a life member of the Council on Foreign Relations and has taught international law, policy, and dispute resolution at universities in China, Germany, New Zealand, and the U.S. He served as chair of the California Law Revision Commission under Governors Davis and Schwarzenegger and has a long history of civic engagement. He sits on numerous boards, including the Franklin Delano Center for Global Engagement, Swiss International Law School, and Street Law, Inc.