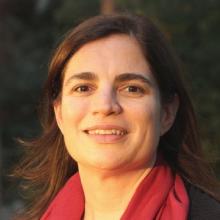 Bâli is a graduate of Williams College, the University of Cambridge where she was a Herschel Smith Scholar, Yale Law School and Princeton University, where she earned her Ph.D. in Politics. During law school, she served as an editor of the Yale Law Journal and the Yale Journal of International Law, and as an articles editor of the Yale Journal of Human Rights & Development. After law school, she worked for the United Nations Office of the High Commissioner for Human Rights and as an associate at Cleary Gottlieb Steen & Hamilton LLP, where she specialized in international transactions and sovereign representation. Bâli currently serves as co-chair of the Advisory Board for the Middle East Division of Human Rights Watch and as a national board member of the Middle East Studies Association. Immediately prior to her appointment at UCLA, Bâli served as the Irving S. Ribicoff Fellow in Law at the Yale Law School.